Last year we failed to complete some of the GR10 due in part for a need to enjoy some of the finer elements of French cuisine, wine, beer, hotels, flat horizons – you get the picture. Not carrying a tent meant that our journey was curtailed by the Ariege as the accommodation was less frequent meaning the rambling was larger than we could handle. Being bribed by Renee with fake Twix bars to put in an effort to mount the current ascent became a little bothersome. Twix bars should not be faked.

Last summer we hiked a total of 32.5 days from Hendaye on the Atlantic coast to Gite de Bonac on the NW edge of the Ariege and then skipped most of the region to walk from Merens to Py. All in just shy of 600km from West to East with a cumulative ascent of 30,104 metres (30.1km up) and a cumulative descent of 31,795 metres (do the maths). The Grand Old Duke of York remains happily sedentary in his grave.

This year we aimed to join some of the dots.

Beginning in Barcelona we planned to take the train to Hendaye, just across the border and gazetted as about an hour away. Of course we chose the day when there is a train strike. Two buses, the first to Giron, the second to Perpingnon got us into bierre country. A train to Banyuls sur  Mer saw us arrive late evening where line dancing and other celebrations were occuring. If they were for the hikers finishing the walk from West to East then we had made an error of judgement in deciding to go the other way this time. Would Barbara’s Line Dancing and Calling Caberet be awaiting us at the end of this leg?

So. DAY ONE. Saturday 29th July

Temperature: Unbeknownst to us a heatwave was descending upon us. Its name was Lucifer.

To: a wild camp spot by a font near Pic Neoulous.

The route wound through vineyards and then steeply up (relatively at this point) through 4 Cols and to Pic de Salifort which gave us great views of the Med. It was properly warm though and our water supplies (about 2.5 litres each) quickly diminished as we looked forward to refilling at Font de Couloumates. Renee disturbed an animal hiding in the undergrowth. I think it was an Ewok. We got our refill but another source was dry. We reached a good place to camp next to another font and spent our first night under ripstop. Dinner was a rehydrated bag of beef bourguignon that was devoured like a dog eating its own sick. We were quite hungry. 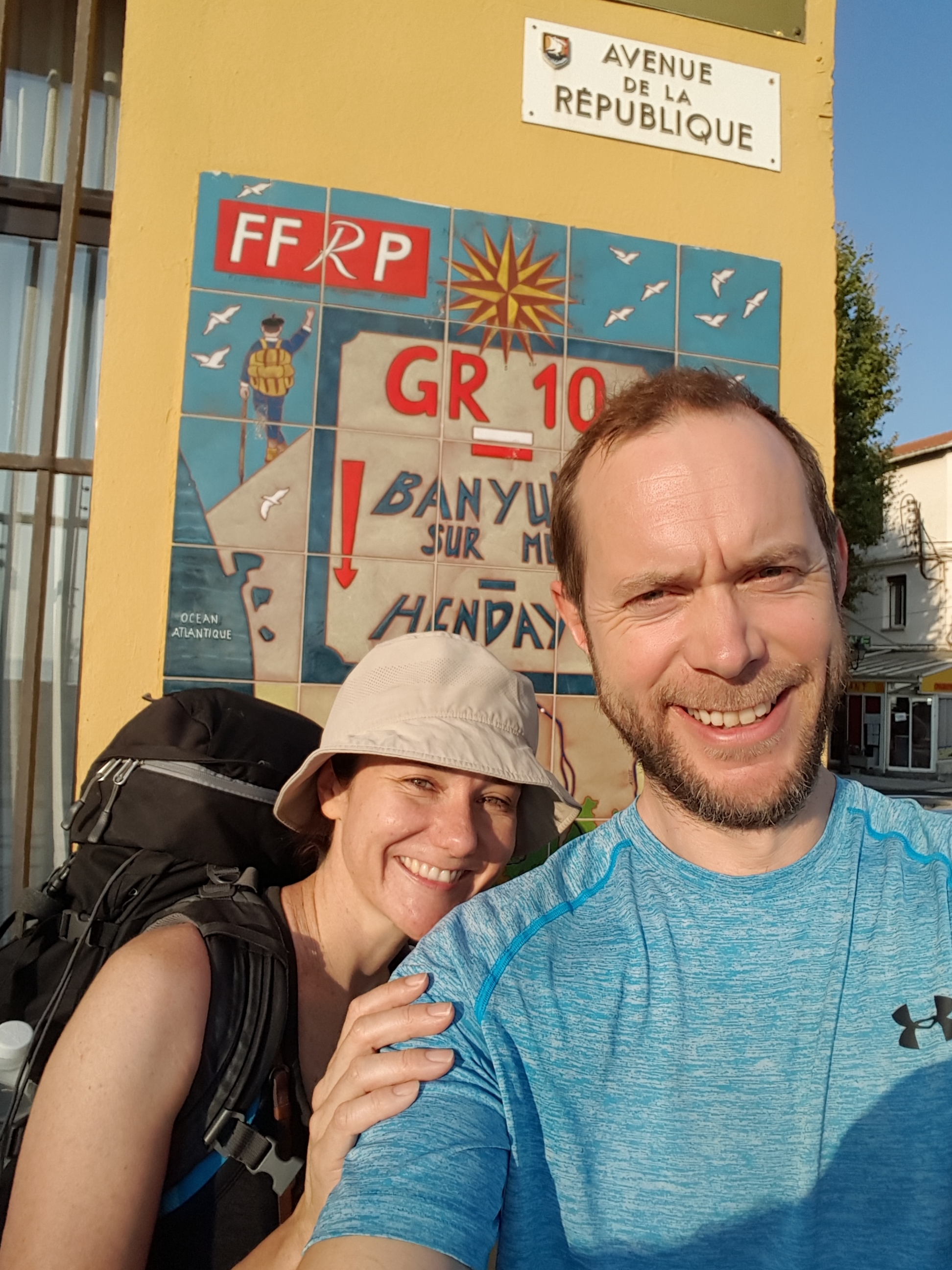 Placard at Banyuls enobling the route. 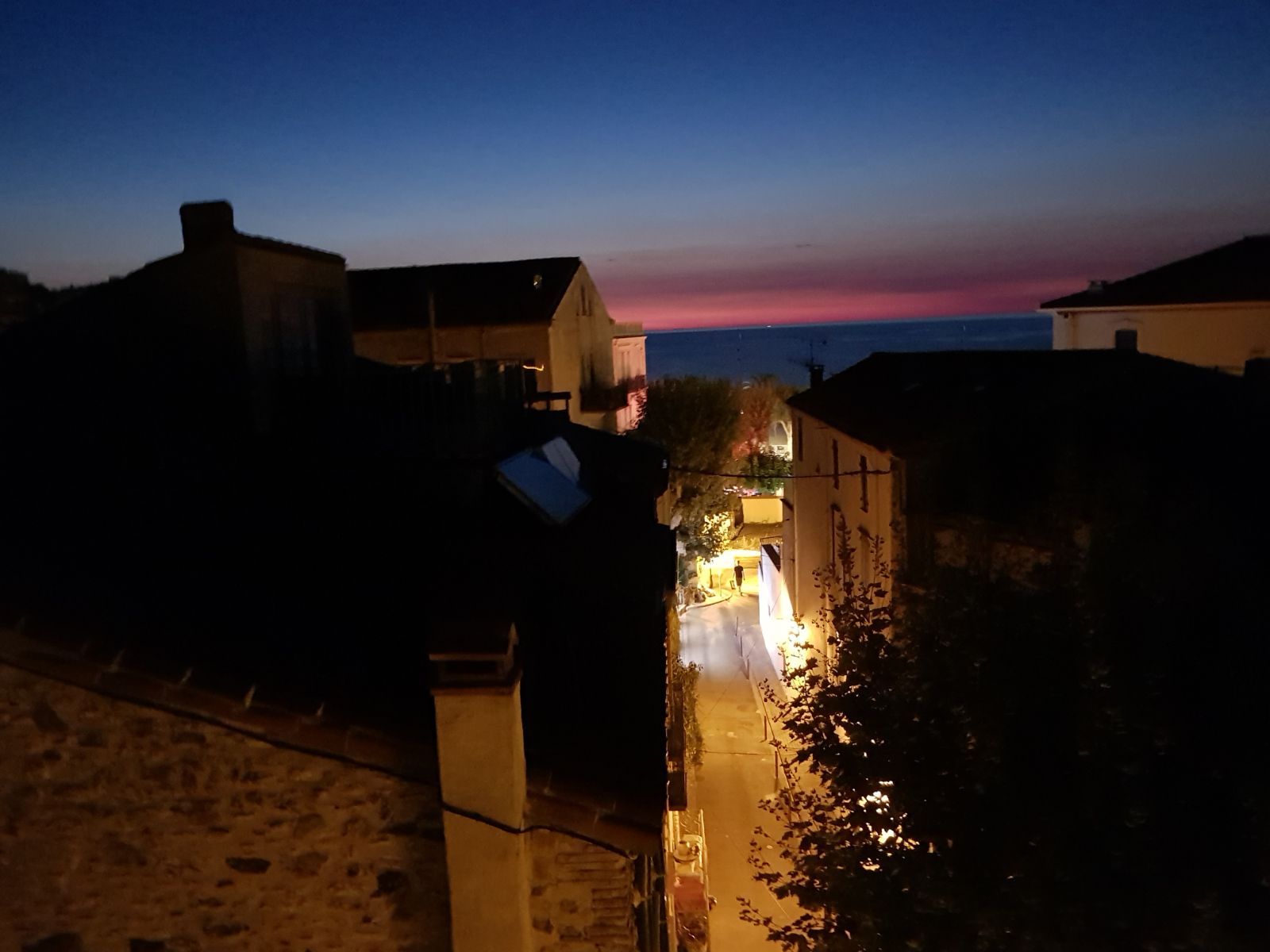 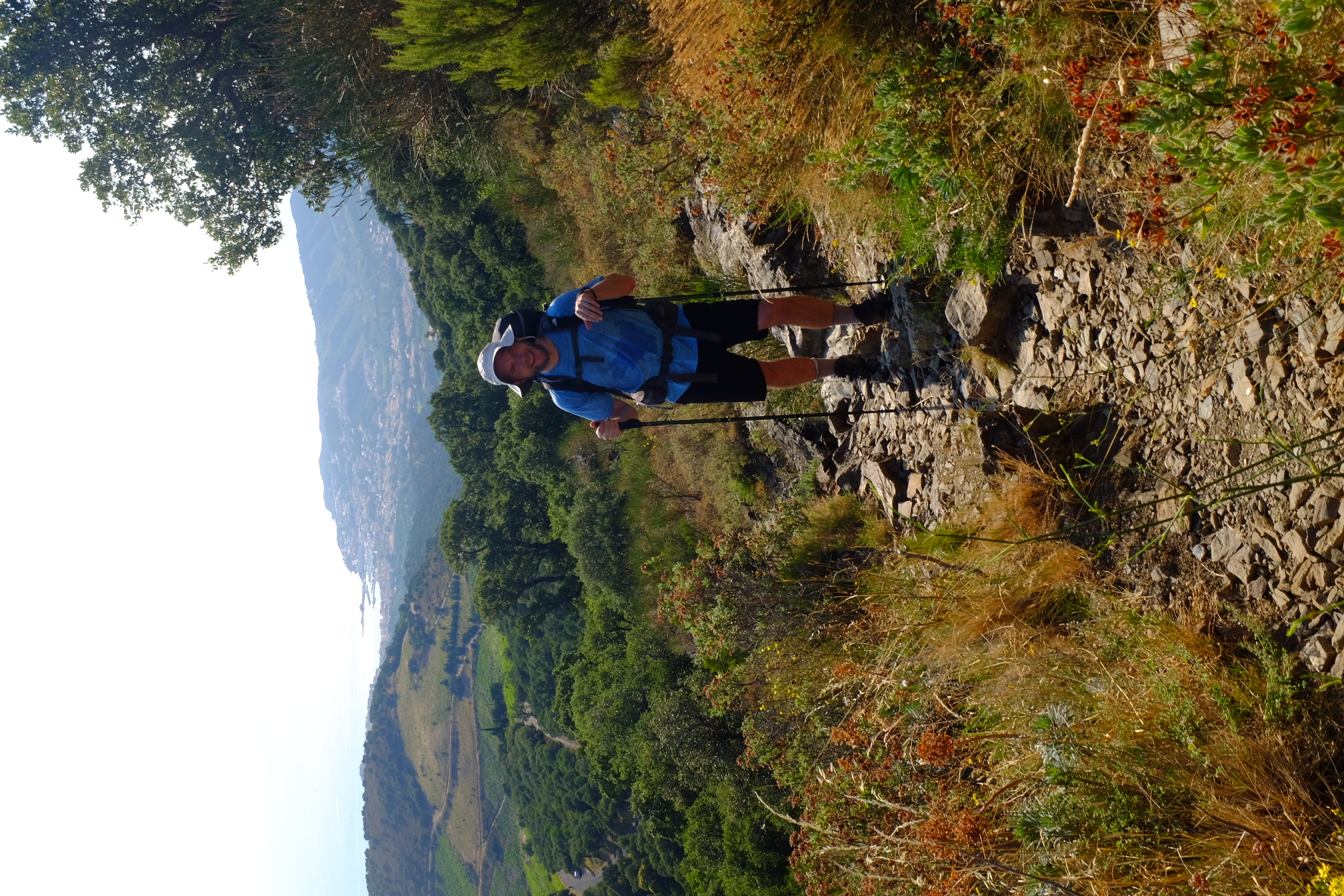 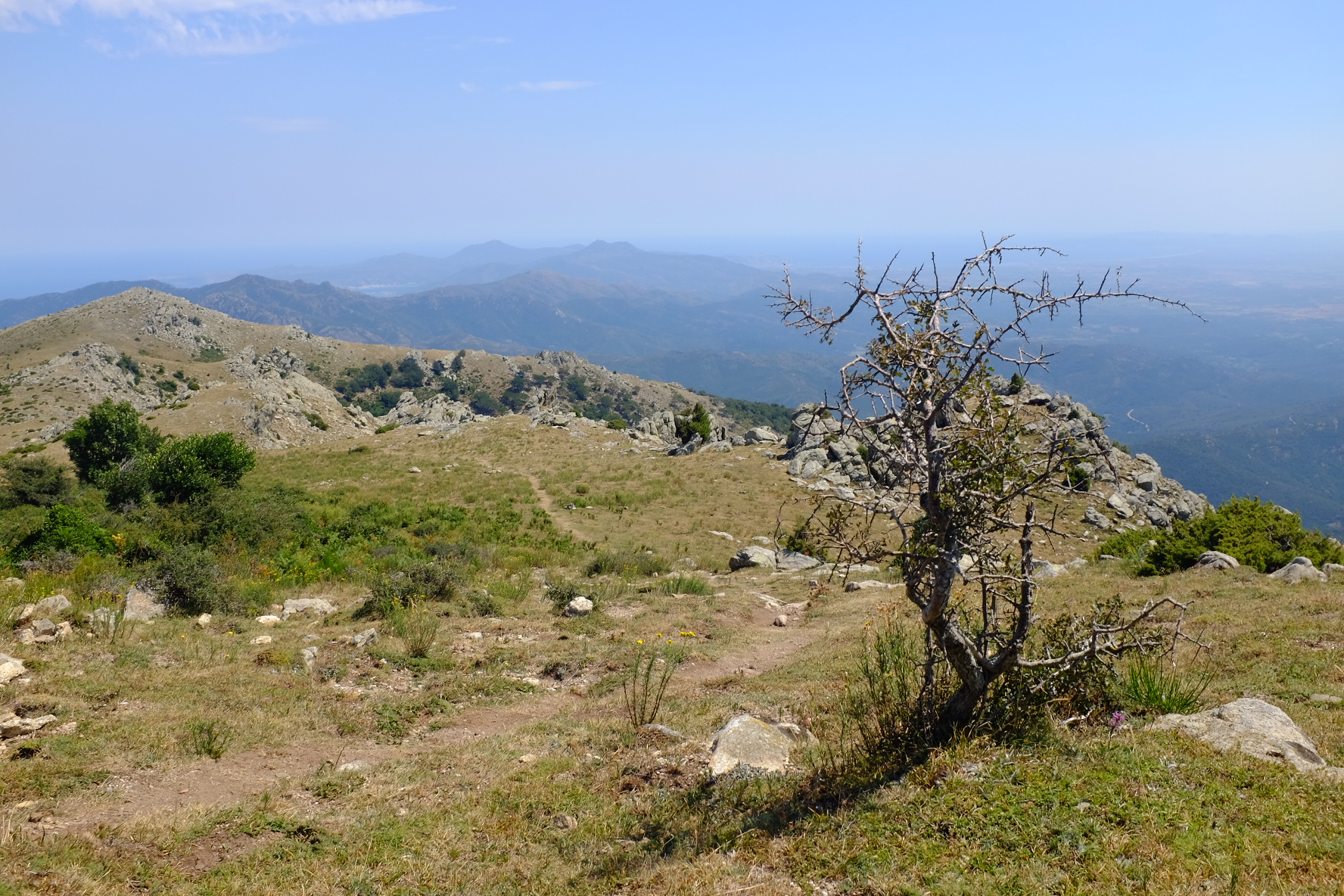 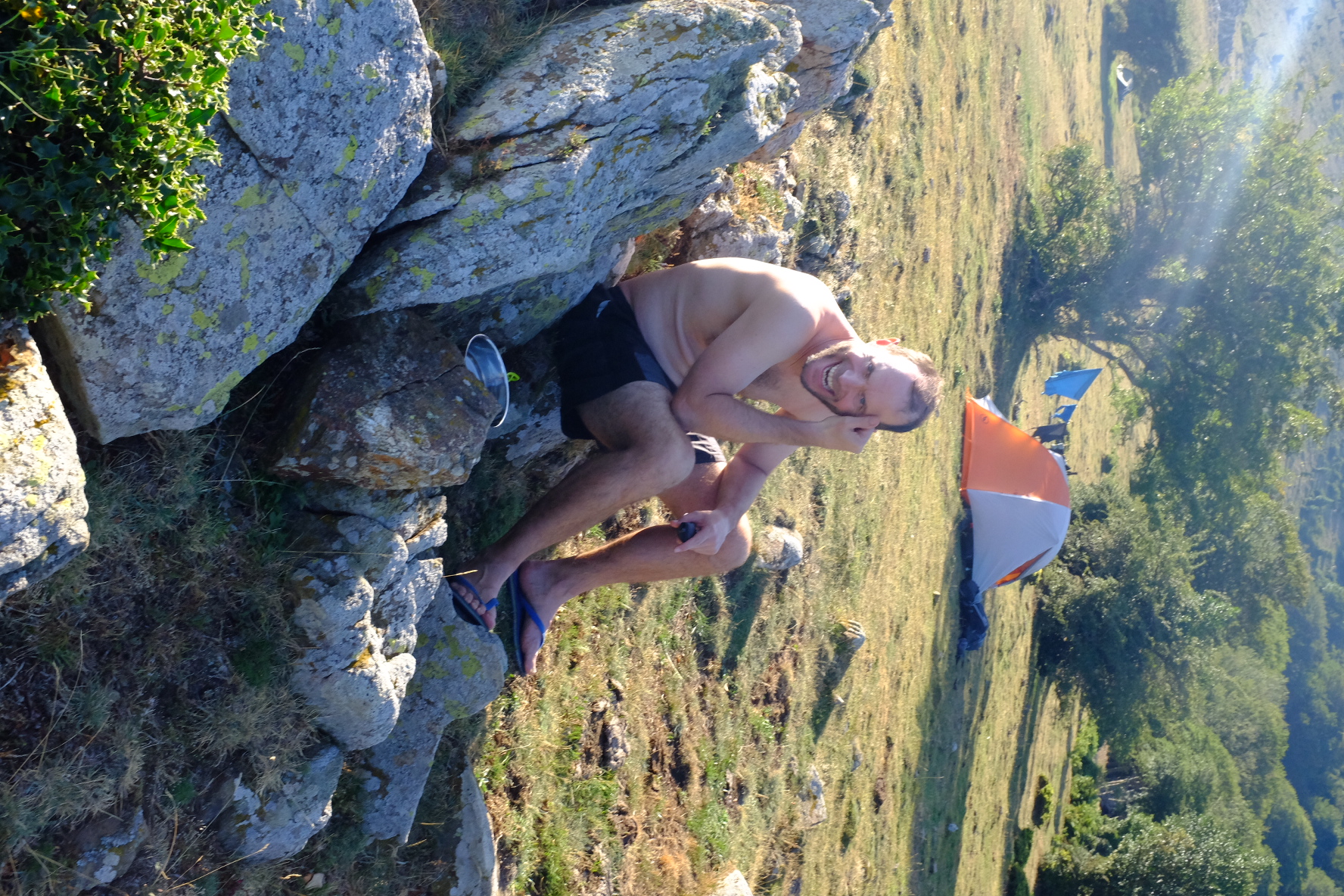 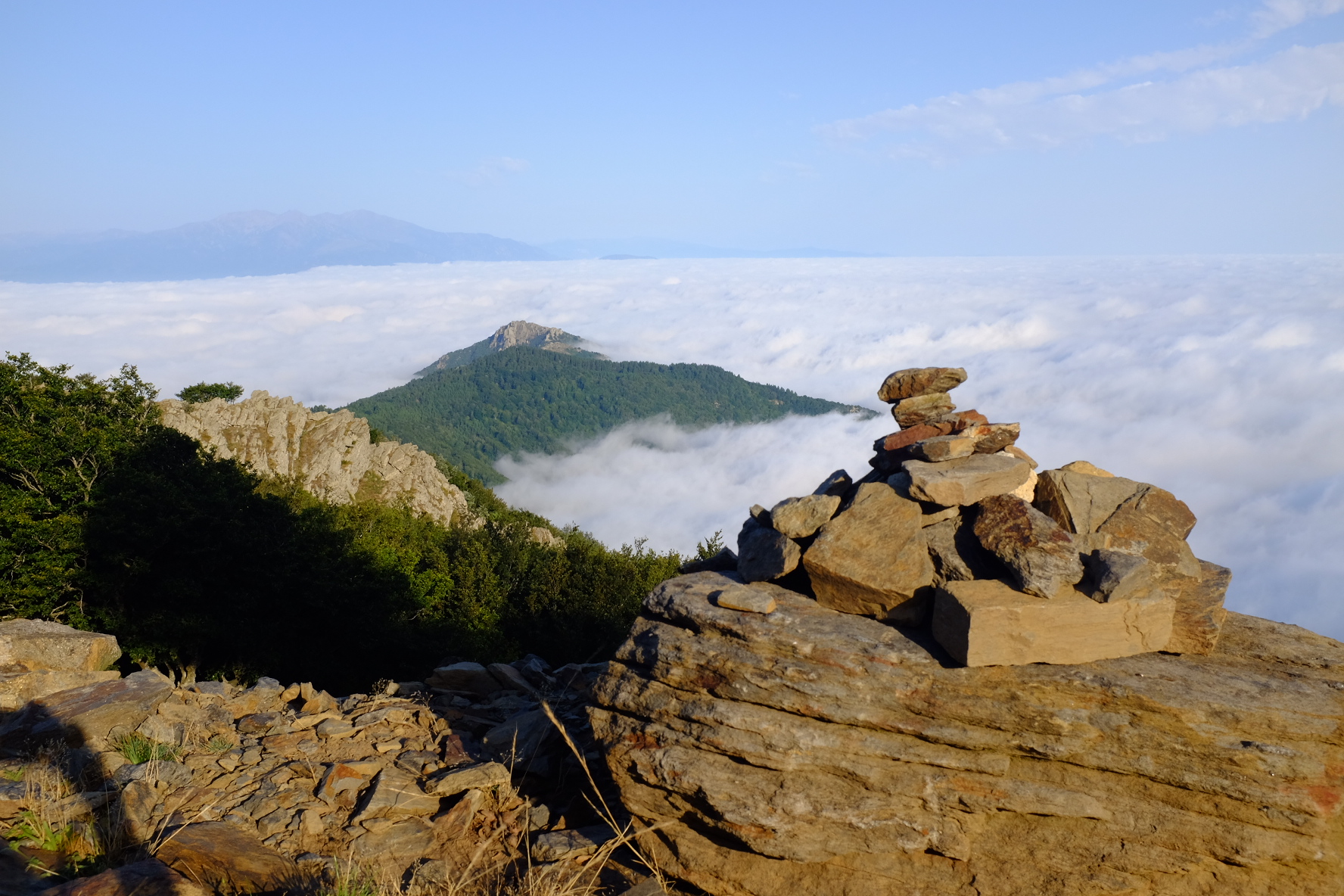 Clouds resting in the valleys from whence we came the next morning.