The last week has been spent in the company of friends in Foix, and in the amazing cities of Toulouse and Bordeaux. As you might have gathered, we stopped walking in a place called Py, 5 days on from Merens-les-vals.

Day 1 was dominated by low cloud which obscured the views, but we did find some hot sulphuric springs, where a family were taking an early morning dip: not a bad way to pass a Sunday morning. The other highlight was making the refuge (Besines) before the rain; others were less fortunate, arriving totally drenched an hour later. 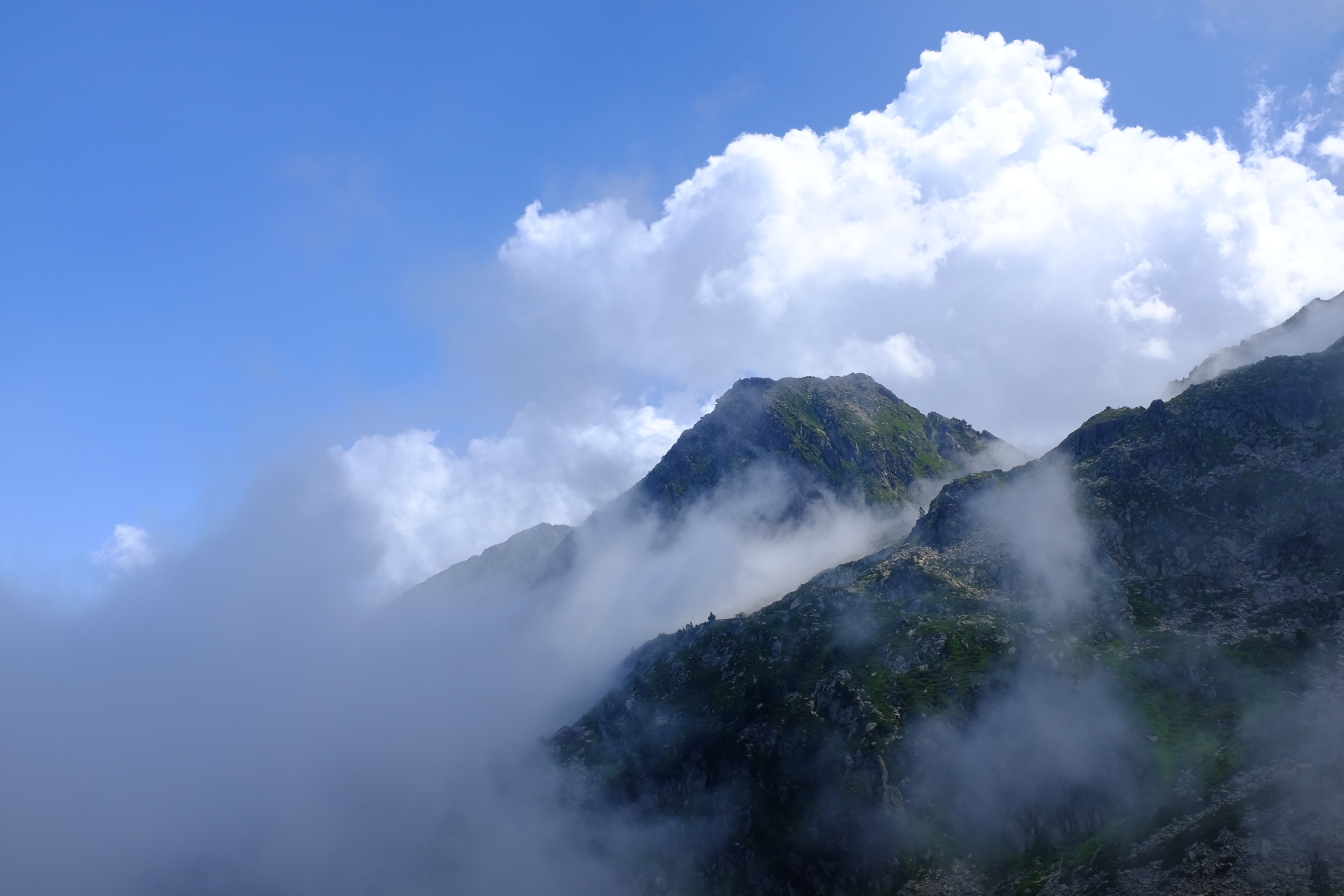 Day 2 started with an amazing climb to Col de Coma d’Anyell where the sun created dazzling effects as it burned through the early mist. The Col is officially the boundary of the Ariege, and descending to the lake, Etang de Lanos, is a little surreal as there are frogs everywhere. It was quite beautiful, even though the landscape here feels a little more barren. The end of the day saw us arriving at Lac de Bouillouses which was a honey trap if ever there was. There were buses dropping off day trippers and weekend campers. We could smell the fabric softener -and other markers of cleanliness- before seeing them.. I’m sure they had a slightly different report regarding our scent!

From Lac des Bouillouses (forgot to take pictures!), day 3 began with a long walk out through the Bolquere forest, around another stunning lake, Etang Noir. The afternoon was less enticing, as the temperature rose and the terrain was our least favourite: mostly roads. A reward awaited in Planes, however, as the gite there had a pool and served artisan beers.

Day 4 was a long one, so we set off shortly after first light. After a gradual start through a forest we began a seemingly interminable climb to Coll Mitja (up from 1700m to 2367m over 4km). The descent was similarly steep, but with the added challenge of loose rocks underfoot. We each took quite a few slides, and Renee dove spectacularly off the path and into a soft bush at one point, but no damage done. The afternoon involved another long climb – and with the heat it was almost too much for Will. Were it not for the offer of a secret Twix bar, he may well have sat down on the mountain side and cried… and that was before the descent of 765m (over 6km) into Mantet, closely pursued by a looming thunderstorm. The day was was a tough 26km, with a total ascent of 1759m and descent of 1724m. It gave rise to new discussions about shortening the hike, about saving more for another time.

Our final day hiking took us to Py, which our guide book informed us had the last shop for 3 1/2 days. It was also the last point the trail crossed tarmac for 2 days, so if we were going to stop hiking it had to be here. We asked at a bar about buses – and as there was one coming in less than an hour it seemed fated. Other reasons we stopped (written in the bar we stopped in, hence some verb tense issues – we no longer smell?):